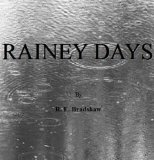 I was listening to Sugarland's "Stay," which played a part in my novel "Sweet Carolina Girls." I slid my chair back and looked at my wife of 24 years and said, "I don't know that I would have been able to go back home after a woman sang that song to me..." - I quickly qualified with - "given the same circumstances Lauren was in."
The wife squinted at me, which is what she does when the romance writer takes over my brain.
I continued, "Who wouldn't fall in love with someone who can sing like that,  plays softball like Jessica Mendoza, and looks a little like Jenny Finch?"
More squinting.
I ramble on, "Of course, I fall in love with all of my characters. I hope you don't mind sharin'."
She didn't miss a beat and never cracked a smile, just asked, "Who's Sharin'?"
She had me for a moment. I filed back through the books in my head and couldn't think of anyone named Sharon, but a a bit character that I'm sure she doesn't remember. Then I saw the grin starting in the corner of her mouth. She keeps it real for me.
I live the majority of my days, awake and sleeping, in a fictional world of stories and characters. I stare at walls, miss entire sections of movies, fade out during conversations, wake up mad or sad over some dream that will usually end up in a book; in other words, I am impossible to live with. I live in a fantasy world, where people always say just the right thing, where romantic scenes play out just as planned, where lovers always react as they should, and where love conquers all. I was told by a revered college professor, "You know what's wrong with you? You are a hopeless romantic." She passed away, but if I could talk to her, I would grin and say, "Dr. Jones, you were right, but I learned to use it to my advantage."
I was an actress, then later a director, scenic and lighting designer, and technical director during my nearly 30 years in the theatre business. It was my job to create worlds where the characters lived and breathed. I have always believed the depth of my romanticism was an asset in the theatre. As an actress, I was called on to convince audiences that I was someone else. I used to tell my students, it looks so easy, but when you're spilling your insides, drowning in tears, living that character's deepest pain; you better be feeling it for real, because the audience won't believe you if you aren't. I think that being a hopeless romantic and extremely empathetic helped me during my theatre days and continues to see me through my writing career. So, to me it's an advantage to feel things deeply and wish for happy endings.
Another  asset I have is a supportive spouse. She tolerates my not really being in the room the majority of the time. She shares me with others, real and imagined. She reads whenever I ask her to. She lets me play endless hours of love ballads. She gets through the hard parts with me as I ride the same emotional roller coaster as the characters I am writing about. I was still an actress when she met me. Someone warned her, "She's a good actress. When will you ever know who you are really talking to?" She smiled and said that was part of my charm. As wildly erratic as my emotions are, she is steady in any storm. Two drama queens would not have lasted 24 years.
So I fall in love with characters, dream of happy endings, cry through the sad parts, and laugh at the funny ones. And when I come back from the land of fiction, I get questions like, "Who's Sharin'?" to keep it real.
Posted by R. E. Bradshaw at 7:10 PM