I have begun and stopped a Christmas story several times. I wanted to give you all a little something, like I did with "Rainey’s Christmas Miracle" last year. Alas, with a sick dog and the tragedy of Sandy Hook School, I haven’t been in the holiday spirit. Then I remembered a manuscript I started and stopped last year, entitled “Sand Letters.” I intend to finish this novel at some point, but thought I’d share with you this little tidbit.
The main characters are Margie and Ruth Ann. Margie is a fifteen-year-old girl, living on Hatteras Island. She is wrestling with her sexuality when she finds a book written by twenty-six-year-old Ruth Ann, a southern belle coming out story called “The Belle Cracked.” After reading the book, which answers so many questions for her, Margie meets Ruth Ann in person. Ruth Ann vacations on Hatteras Island every year and the two strike up a friendship. They write letters back and forth over the years, as Margie grows to adulthood. Ruth Ann serves as a mentor and a kind older friend, who understands the angst of a young lesbian growing up in the less than accepting environment of the seventies.
The other characters are: Ida, Margie’s mother, who desperately wanted a debutante and instead has a basketball playing tomboy in Margie. Amy, Margie’s first real girlfriend, whom she met when Amy moved to the island during the current school year. Debbie, Margie’s best friend for years and the girl she had “experimented” with, while exploring her attraction to girls. She becomes very jealous of the new girl, Amy, even though Debbie has a boyfriend and only kisses Margie when she feels like it.
The following letter from Margie explains what happened during preparation for the Christmas pageant and the aftermath. Enjoy, and happy holidays to you all. May the New Year bring you peace and joy.
R. E. Bradshaw 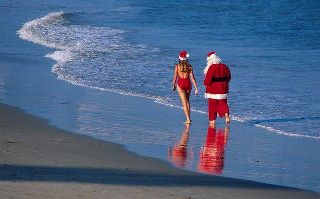