Claiming My Space and the Right to Stand There

I need to clear up some things, some notions resulting from misinterpretation of things I’ve said. This is how I truly feel, not what someone else told you they think I said. True confessions, horses mouth, and all that – here is what I think and why I think that way. 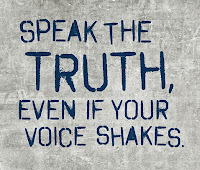 I taught Theatre Arts in both university and high school settings. This leads people to surmise that I like all Theatre Arts. I have two degrees in the subject and worked in the field professionally – both on stage and behind the curtain. Even with that background, I have to confess that I am not a fan of Shakespeare. Oh, I absolutely comprehend what the work attributed to “Shakespeare” (please hold your theories, I’ve heard them all) contributed to the theatre arts. Shakespeare created theatre for the masses, a voice of the people, a stage to tell tales and record histories, spread laughter, all while dressing the truth in fiction and thumbing noses at the powers that be. Great stuff from “The Bard.” But I’d rather see an adaptation of his work, like West Side Story, than the original Romeo and Juliet. It’s a matter of personal tastes, different palettes painting the same story. In visual arts I prefer Andrew Wyeth to Picasso, but they are both masters in their own right. My preferring one over the other does not make one less than. They all deserve their spaces in the halls of art appreciation. Oh yeah, I taught a Humanities class, as well. 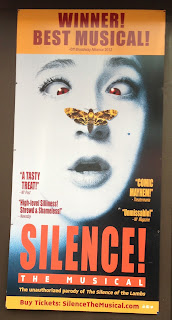 I studied theatre arts from its beginnings at the campfires of ancient peoples to its modern manifestations. I found much of the Theatre of the Absurd tedious and really what was the point, which was their point – to prove there was no point. I understood the value of learning about each segment of theatre history and all that it brought to the table. Each time period and movement added its flavor to the punch so to speak. The modern theatre world dips from that punch bowl and tells the same stories Shakespeare told, just as he told the tales of the Romans, and they the Greeks before them. We’re still telling the same stories. I prefer to see those old plots played out in contemporary American drama, with a bit of history and mystery thrown in the mix. That’s just the kind of theatre I like, it’s also the type of fiction I like to read. It doesn’t make me wrong or right, nor does it make those that prefer other forms of theatre and literature inferior or superior. We all like what we like. There’s a great line from a Sondheim song, “All they really like is what they know.” Yes, I’m that reader; I like what I like and I read what I like. Don’t tell me that I’m missing out by limiting myself. I want to read what I want to read. Don’t judge my single-mindedness on this. I celebrate the wide variety available to those who choose to read in many genres. Like the wife I’ve been married to for twenty-five years, I found what makes me happy. I don’t have to look any further. Please, validate that experience as much as I validate another’s right to try new things.

When I go looking for books online, I generally look for authors I already know, or have been recommended to me by someone whose opinion I value. I look at the books people buy who also purchase the same books I do. I look in the genre listings, like mystery or suspense/thriller. I’m generally safe when sticking to like-minded authors and readers. I’m rarely disappointed, but then I go to the lesbian fiction category and all those indicators go out the window. I can look under lesbian fiction-mystery, but it’s potluck whether I’ll get a well-written story or a sex romp between the clues. It’s not that way over in mainstream mystery, so why is it that way here in lesbian fiction land? This leads to something else I need to explain. Like theatre, literature with lesbian characters comes in varied forms and genres. As with theatre, I don’t like it all, but that doesn’t mean I think the rest of it is rubbish. It’s just not my cup of tea.

I’ve been accused of being a prude, or at the least unenlightened. My wife and close friends would disagree, but then they know me and most people only know the public me. But just so there is no misunderstanding, I will express my opinions about sex publicly. This is simply the truth of how I feel about sex and my sexuality. 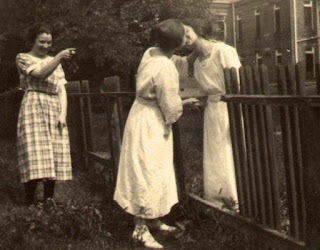 In my house, there are some things that stay private. That’s just who we are, not what we expect everyone else to be. I will not be found discussing my sex life in public, and to be honest, I find people that do to be disrespectful of their sex partners. The bondage folks and erotica enthusiast are always talking about “trust” as a big issue with sex partners, learning to trust and let yourself be free of hindrance in your sexual experiences. I wholeheartedly support that. Explore and be free, allow yourself to be vulnerable in your consensual sexual experiences, in a safe and trusting environment. But, how much trust can there be when the woman you let yourself go with then proceeds to the nearest social media site or phone to discuss all the “hot” things she did with you last night? I also find a group of giggling, blushing, grown women cracking jokes about wet parts and dildos, as much fun as a dentist appointment. Can we have a conversation that doesn’t revolve around or devolve into what makes one “hot?” Is it necessary to make sure everyone in the room knows that one has had sex, that it was “hot,” and that given the opportunity it will be “hotter” next time. And can we get a word for a gratifying sexual experience other than “hot.”

I also feel that having sex with a woman does not a lesbian make. There is much more to my lesbian identity than the reproductive organs of my sex partner. I find the sexualization of my being a lesbian a tired stereotype. Yet, many lesbians don’t mind feeding the myth that we are only sexual beings, with no further drives than carnal ones. To me, there is absolutely no appeal in sitting around talking about sex like teenagers in a high school locker room.  I'm not judging you if you do, but don't expect me to hang around. Really, my friends and I talk about raising kids, getting old, politics, social issues, but rarely do any of us talk about sex. It’s not that we don’t have sex and enjoy it. We just do a lot of other things too. 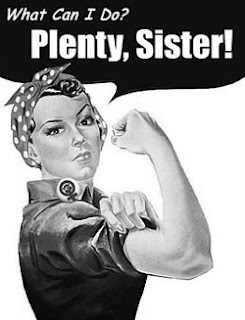 Some lesbians will say they have earned the right to objectify women, to talk about sex any way and anywhere they want, and to wear their sexuality like a badge. Here, here, demand your space, ladies! I only ask that you allow me my space to be a lesbian as I see fit. One size does not fit all. I celebrate the diversity among lesbians, but my inclusion in the group does not mandate that I believe and behave in a prescribed manner or follow the splinter groups into the fragmented quagmire of lesbian feminism. These are my personal beliefs about sex and the role it plays in my lesbian life. They have nothing to do with how I feel about the way lesbian literature is labeled. 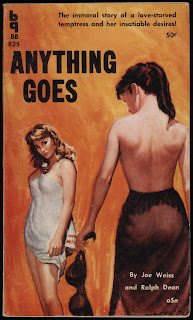 The lesbian fiction literary category is a complete mess. No one has any idea what he or she is buying, and don’t kid yourself that the boys aren’t in there buying it too. I take that back. Bless the hearts of those unabashed erotica writers and the titles that leave no doubt that theirs is a book meant to titillate. Contrary to some rumors, I am not out to remove sex from books in the lesbian fiction category, nor do I have my head in the sand. I know erotica is selling these days and erotic romance is burning up the sales counters. This is nothing new. It comes in cycles and has been around since the first ancient libraries were built. Just as I studied the theatre genres, I also studied literary genres. I learned to appreciate why each literary genre existed, to recognize well-written examples, and make informed critical decisions without regard to personal tastes. (That is what a critique is. Unfortunately, most reviewers are not offering this type of critique, which makes them book reviewers, not literary critics.) I have read and appreciated literary erotica. I believe it is a valuable part of the human literary history, and deserves its place alongside all forms of erotic art. Sex is part of the happy healthy human experience. We should reflect that sex in our art and literature as much as any other aspect of human existence. How it is portrayed varies along with the audience that finds these variants appealing. As the French say, “à chacun son gout,” each one to his own tastes. 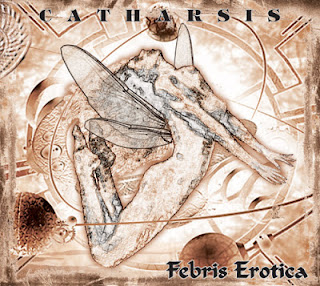 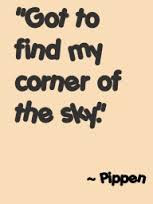 Everyone points fingers at Barnes and Noble, Amazon, and other distributors for how they lump all books with lesbian main characters, F/F sex, and basically anything outside of a heterosexual M/F sexual encounter into the lesbian fiction category. I do think they could do a better job of removing the obvious porn from our midst. Even the erotica writers don’t want to be associated with that, remember? I also think that the writers and publishers of novels that fall in the lesbian fiction category do little to help readers understand what to expect in sexual explicitness when buying our books. If the Passion Ink people don’t want a reader mistakenly grabbing erotica, while searching for an erotic romance, then I think I’m on pretty solid ground to want to make the distinction that my books are neither. I respect both Mr. Miller and Ms. Day for wanting people to understand what they write, to claim their space on the shelves of literary-dome, and not be confused with what they are not. I have only asked for the right to stand as a lesbian writer in the way that suits me and find my place on the literary shelves, where I have as much right as Miller and Day to seek my own easily identifiable authentic space.