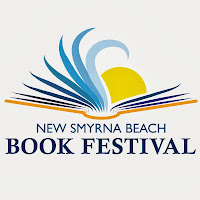 R. E. Bradshaw will be among the more than twenty-five authors appearing at the New Smyrna Beach Book Festival, Friday through Sunday, October 4 – 6,  2013. Locations include the Best Western Oceanfront Hotel, 1401 S Atlantic Avenue, and the Hampton Inn,  214 Flagler Avenue. Festival activities are free to the public.

Invited authors were selected through a committee that took recommendations from the community, educators, and state-wide literary groups. With book readings, Q&A sessions, book signings, writers' workshops, festival bookshop, and nightly author socials, the New Smyrna Beach Book Festival provides activities for everyone from the avid to the recreational reader.

R. E. Bradshaw will be discussing the latest in the award winning Rainey Bell Thriller series, The Rainey Season, at the Hampton Inn location, 11:30 am to 12:30 pm. For a complete schedule and info on the attending authors follow this link: http://nsbfla.com/images/content/2013fall_bookfestival.pdf, or text “Author” to 71441 for a complete schedule sent to your smart phone.

“Come stick your toes in the sand with me and let’s talk about books.” ~ R. E. Bradshaw

What did you learn?

I have a book on my desk written and compiled by H. Jackson Brown, Jr., entitled Live and Learn and Pass It On. The subtitle reads: “People ages 5 to 95 share what they’ve discovered about life, love, and other good stuff.” During the introduction, Brown discusses how on his fifty-first birthday he thought it would be interesting to jot down some of the things he had learned in a half a century of living. He wrote, “I’ve learned that…” twenty times on the left-hand side of a piece of paper. He then completed the twenty sentences. He enjoyed the activity enough to add it to his Sunday routine. One thing led to another, which led to a book filled with the wisdom of people just beginning to learn and those amazed to be still learning nearly one hundred years later.

Between the covers of the book are such pearls of wisdom as the ten-year-old’s words, “I’ve learned that it’s not what happens to people that’s important. It’s what they do about it.” Or the sixty-six-year-old’s statement, “I’ve learned that nothing very bad or very good every lasts very long.” And my absolute favorite, today anyway, is the five-year-old who said, “I’ve learned that goldfish don’t like Jello.”
I sat down and wrote the first twenty things that came to mind. I’m sure my list would change from day to day, depending on what was on my mind, but here are just a few things I’ve learned in my first fifty-two years. 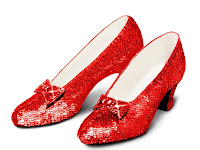