I’m a writer by profession and out of necessity. I read people like other’s read books. I watch them and find the human condition fascinating. I also have fun with living in the minds of my characters, the people that occupy my imagination. I had fun on my recent trip home while allowing people to make assumptions and watching them write their own fiction about me.

I was given an official shirt that identifies me as a special agent for a government entity. I wore the shirt to the airport for its incredible comfort and for the same reason I wear my Duke Law tee shirt. People take notice and create a story for themselves about whom I might be. With a Duke Law shirt on, I have avoided questionable behavior from service workers. No one wants to tangle with a Duke lawyer. I never lie about or infer that I am a lawyer, but the shirt speaks its own language.

Yesterday, I stepped into the crowded queue for security checks at the airport wearing a zip up Duke hoodie, jeans, and tennis shoes. No one really noticed me. The people around me began to chat while I stood there quietly. I became warm and removed my coat. I had completely forgotten about the embroidered badge on my shirt identifying me as a "United States Special Agent.

The line suddenly began to move forward rapidly. The guy in front of me, who had been talking with the couple behind me, says, “Wow, I wonder why our line started moving like that?”

I said, “It’s me. I’m magic,” still not thinking about the shirt. 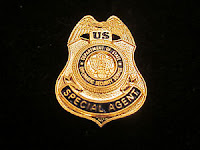 He looked down and saw the badge. His demeanor changed immediately. Part of my brain said, “You should not have taken off that hoodie.” The other part said, “Oh, this is going to be fun.”

Since the fine print on the shirt identified the government branch the badge belongs to, I answered truthfully, “Oh, I just hang out in my office, really.”

A real agent probably would not have put on that shirt to come to an airport and they rarely reveal their occupation to strangers. I played it perfectly. Just like in a good book, the more mystery the better. Leave them wanting more and filling in the blanks with their own experiences and imagination. The line moved a bit more. We chat, but I never say I’m an agent or anything remotely untrue, but I’m sure the act was sold well.

Just as we made it through the I.D. check, a TSA agent tapped me on the shoulder and said, “Come with me.”

She motioned to the guy and the couple who were talking to me to come also. We were escorted to a short line and rushed through the remainder of the security check. Dude is losing his mind with joy. He’s going on and on about traveling with a special agent and how cool that was. I was cracking up inside but never let on that it was just a very comfortable polo shirt. 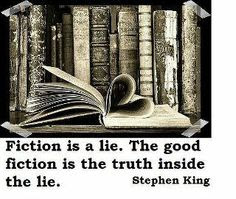 I look at this exchange with strangers as a traveler’s gift. I got my own story and I’m sure that guy is telling people today about the special agent that got him through an hour long line in fifteen minutes.

As a side note, when I asked the young woman beside me on the plane to respect my personal space in the nicest way possible, her original look of disdain was replaced with immediate compliance when she saw the embroidered badge on my chest. I think I’ll be using this shirt like my Duke Law tee shirt, sparingly and as an opportunity to be a Molly Kincaid* or a Rainey Bell* for pure selfish entertainment.

(*—Molly Kincaid is a character of mine who is a Duke-educated successful attorney. Rainey Bell is a former FBI profiler in the Rainey Bell Thriller series.)